My mom, gone to a market
With thirty bunches of radishes on her head,
Does not return; it’s long been since the sun withered.
Placed like cold rice in the room,
However slow I do my homework,
Mom doesn’t return. Trudge, trudge, footsteps like a cabbage leaf—
I can’t hear. It’s dark and frightening.
A silent sound of rain through the crack of a window—
Lying on my stomach alone, I whimpered in an empty room

In the very distant past
Those days, the cold floor of my childhood,
still move me to tears 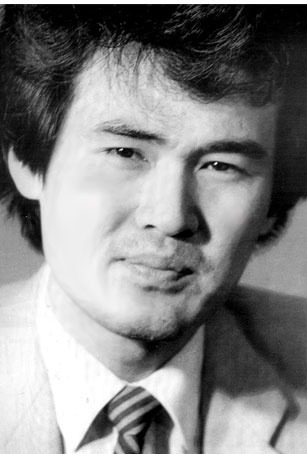 This was the hardest translation I’ve ever tried so far. I checked other people’s translations to see how they did, but their translations didn’t satisfy me either. Of course, this comes from syntactical and cultural difference between Korean / Korea and English / English speaking countries, rather than the translation ability of a translator. Line 4,6,7, transition between 6-7, 9,11 troubled me the most, and yes, that’s pretty much a half of the poem. Other lines were also challenging, although more manageable.

Most of the challenges came from syntactical difference. Although I run into this problem every time I translate any poetry, but this poem gave me much harder time than usual. Difficulty in translating Line 6 came from lack of onomatopoeias in English compared to Korean. Most of time, other translators and I replace Korean onomatopoeias with an English verb that can create a similar feeling, but I really wanted to keep this particular onomatopoeia for the poem. Line 11 was hard to difficult because of the cultural difference. There is no remotely similar word to “윗목” (witmok). If this was a prose, I could just italicize “witmok” and make a footnote, or I could even explain it in the text. But hey, this is poetry. We don’t want to lose tension of language. So, I translated it into “cold floor”. Witmok, which literally means “upper part of a floor” is where ondol (Korean traditional floor heating system) doesn’t reach in the room. The opposite is araetmok, literally meaning “lower part of a floor”. It was common to use ondol to heat up rooms until 70s or early 80s, so you will see mention of witmok and araetmok a lot in Korean literature, movies, etc. Usually, they are mentioned in a nostalgic manner, like young siblings quarreling or even fighting to sleep on witmok in winter. If you’re a foreigner and know what witmok and araetmok are, there goes a coolness point: Koreans will be wowed at your knowledge.

Check Ki’s other poems in translation:

Jealousy is My Power

A Desert in Water